2: Harvey played an immunity idol on herself. This did nothing, as three votes were cast towards Avia, eliminating her

3: There was a 3-3 vote between Dia and Riley, on the revote they both received two votes. The castaways stayed deadlocked and went to rocks. Nab drew the differently colored rock and was eliminated from the game. 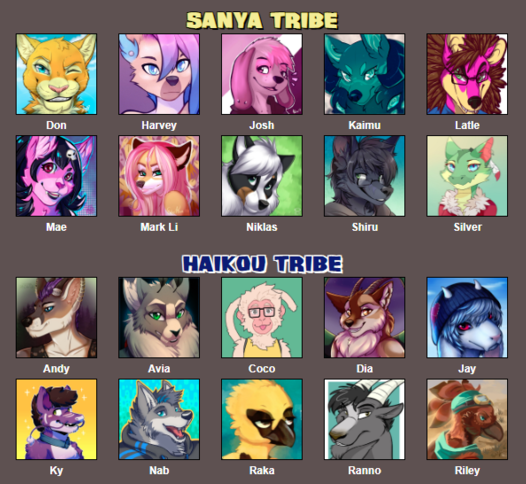 The cast of Survivor: Hainan
Add a photo to this gallery
Retrieved from "https://ojs-tables.fandom.com/wiki/Survivor:_Hainan?oldid=216"
Community content is available under CC-BY-SA unless otherwise noted.